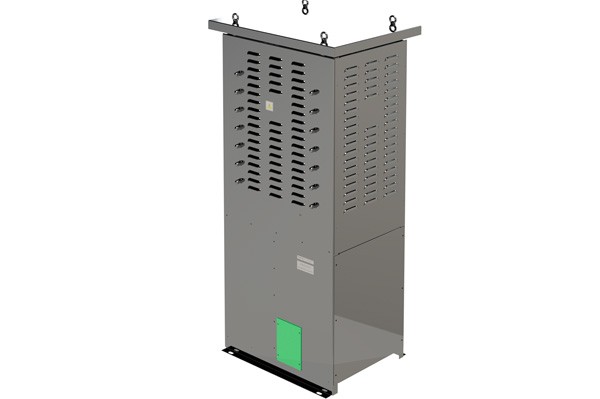 The KFW / ZKFW resistor series is used in MV compensated networks as secondary forcing resistors. They are used to force the flow of the active component of short-circuit current, by connecting the resistor to the secondary winding of the arc-suppression coils (secondary winding 500V). The mere compensation of earth fault current ensured by arc-suppression coils causes a relatively high unreliability of the protective automation.

The arc-suppression coil has a current transformer whose secondary side is connected to the protective devices. The disadvantage of such solution is the fact that if the short-circuit current is not properly compensated (above 50%), it is not certain whether the protective automation will activate. Therefore, it is advantageous to use a forcing resistor.

Example of calculations for 15,75K