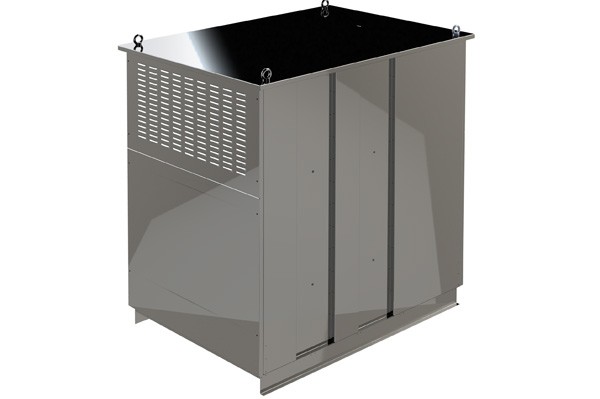 During a earth-fault of one of the phases of the medium voltage network, at the transformer neutral point, a short-circuit of the earthed phase with a healthy phase arises. The energy of this short circuit is momentarily reduced on a resistor, the resistance of which limits the short-circuit current to the rated current of the resistor operation. The current transformer then gives a short circuit signal to the automation mounted on the power station. 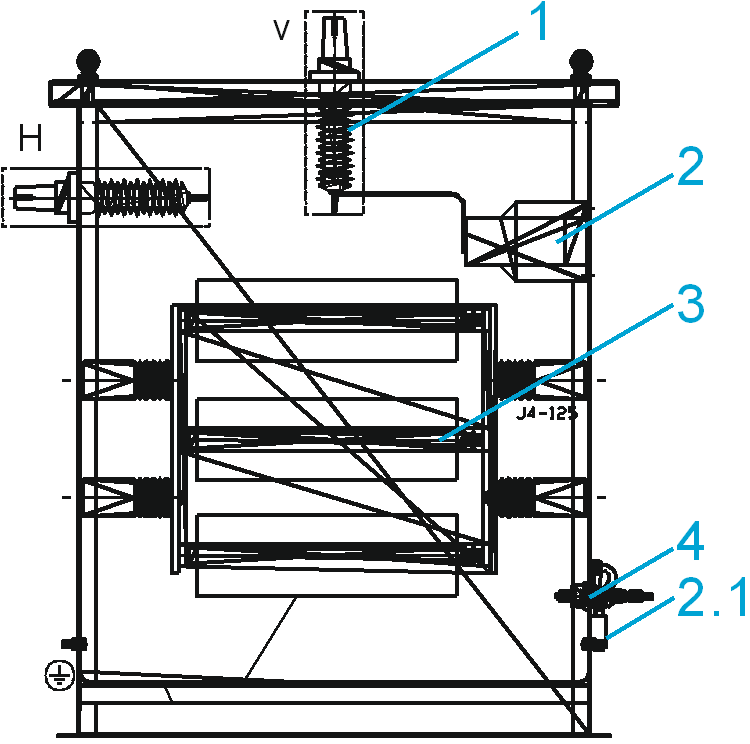 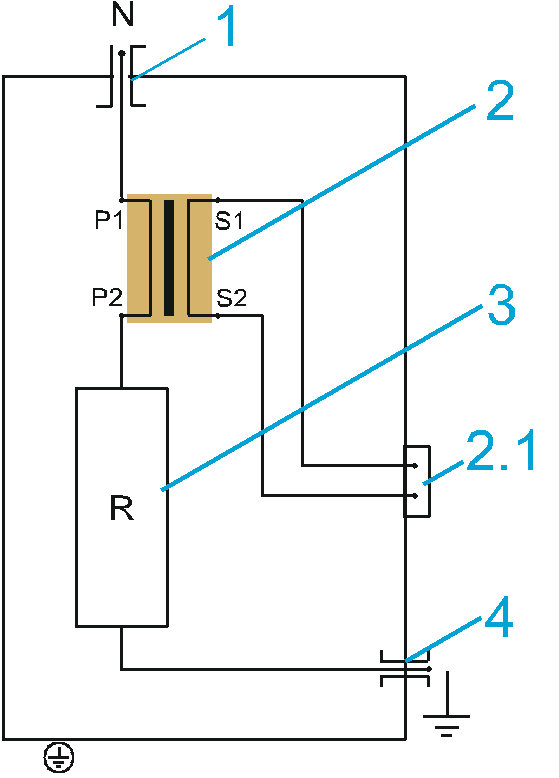 Neutral earthing resistor consists of a metal housing made of:

For both versions, the galvanized tinplates may be replaced by stainless steel plates. In this case, they do not require painting. (color INOX)

1. There are the following elements in the housing of the neutral earthing resistor:

2. Current transformer with appropriate reduction ratio as per specification. The primary side is connected in series to the resistor's power circuit, and the secondary side is led out to the terminal box.

4. Low voltage bushing - porcelain. The resistor operational earthing is connected to it

The resistor may optionally include: